Decolonize the Lens is a series of discursive events that brought together photographic experts and international scholars to reflect on rethinking the dominant narratives in the history of photography. Over the course of four webinar talks, guest speakers have looked at Egyptian and Northeast African visual cultures in both historical and contemporary settings. Decolonize the Lens brought into focus issues of politics and how photography has empowered the citizen/subject to bring about a richer understanding of difference.

The series considers how typically Western approaches to visual history can be de-centered by histories of other senses, such as aural/sound histories. What emerges from our history if we listen to the past instead of looking at it through an allegedly objective photographic lens?

Decolonize the Lens is a joint research project between faculty in Journalism and Mass Communication, the History departments and the Photographic Gallery.

Ziad Fahmy is a Professor of Modern Middle East History at the department of Near Eastern studies at Cornell University. Professor Fahmy is the author of Street Sounds: Listening to Everyday Life in Modern Egypt (Stanford University Press, 2020);  and Ordinary Egyptians: Creating the Modern Nation through Popular Culture (Stanford University Press, 2011). His articles have appeared in Comparative Studies in Society and History, the International Journal of Middle East Studies, History Compass, and in Comparative Studies of South Asia, Africa and the Middle East.

Lucie Ryzova teaches modern Middle East history at the University of Birmingham, United Kingdom. She is a social and cultural historian of modern Egypt, with particular interest in Egyptian popular culture, vernacular modernity, and the social history of photography. She is the author of The Age of the Efendiyya: Passages to Modernity in National-Colonial Egypt (Oxford University Press, 2014) and a number of articles and book chapters. Her second major book titled Camera Time: Photography and the Making of Modern Egypt, will be released soon.

Heba Farid is an artist, curator, researcher and educator in photography, based in Cairo. She was a co-founder of the Contemporary Image Collective (CiC) in 2004 and worked for the CULTNAT / Bibliotheca Alexandrina heritage program from 2008 to 2016. She co-founded TINTERA, Cairo’s first commercial gallery dedicated to photography. Along with her partner, Zein Khalifa, the gallery aims to raise the profile of both contemporary and historical photography in and of Egypt through curated exhibitions, events and research projects She is a professor of photography in the Visual Arts program at AUC since 2013.

Michelle Moyd  is the Ruth N. Halls Associate Professor in the Department of History and Associate Director, Center for Research on Race and Ethnicity in Society (CRRES)

at Indiana University, Bloomington. She is the author of Violent Intermediaries: African Soldiers, Conquest, and Everyday Colonialism in German East Africa (2014), which explores the social and cultural history of African soldiers (askari) in the colonial army of German East Africa, today’s Tanzania. She is currently at work on a short book entitled Africa, Africans, and the First World War, which will examine the spectrum of African experiences in the war, especially as soldiers and workers. 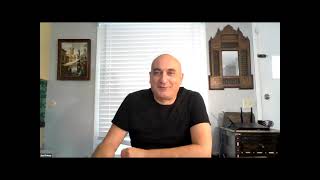 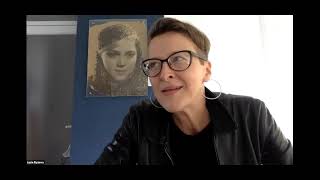 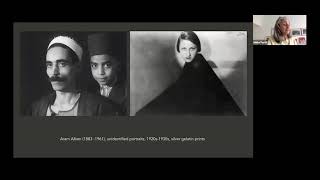 Heba Farid : Image Matters - Contemporary Photography in and of Egypt 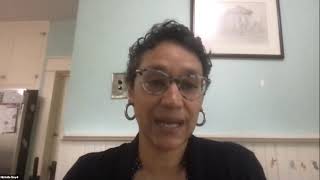