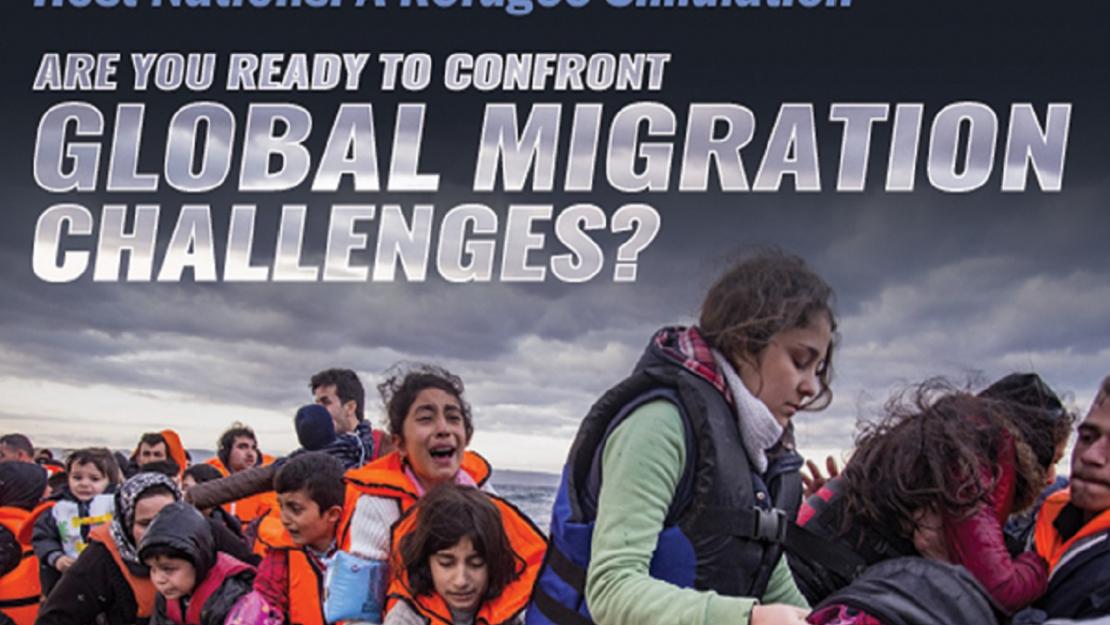 On February 23, The American University in Cairo will host graduate students from 9 universities to participate in the 2019 NASPAA-Batten Student Simulation Competition, titled "Are You Ready to Confront Global Migration Challenges?".

This year’s competition—a partnership between the University of Virginia Frank Batten School of Leadership and Public Policy and the Network of Schools of Public Policy, Affairs, and Administration (NASPAA)—will connect a record 585 students from 11 global host sites including Dhaka, Cairo, Mexico City, and San Francisco to tackle policy issues associated with forced migration through computer-based simulated gameplay. Developed by experts at the Batten School’s Center for Leadership Simulation and Gaming (CLSG) who utilized extensive real-world data, the simulation places students in leadership roles within a time-sensitive, fast-paced environment where they must work together to solve complex policy issues.

“We designed the Host Nations simulation to be challenging, exciting and educational,” said CLSG Director Noah Myung. “The game was developed using real-world data on a pressing and timely issue. Participants, placed in teams, compete with other teams to select the best approaches to asylum policy in different economic and political environments, while their success is measured against specific metrics and policy objectives. Incorporating scholarly knowledge from fields as such as economics, migration studies, and systems modelling, we have created a versatile learning tool that can be deployed anywhere in the world.”

Built specifically for students of public policy, Host Nations: A Refugee Simulation is a web-based experiential learning tool. Taking on roles such as Prime Minister, Minister of Labor, or Minister of Health and Human Services, players will work in teams to manage a migrant influx. Each player will be in charge of a distinct policy portfolio and the decisions they make will affect not only their own country but the other teams’ as well. The game challenges participants to weigh human rights, integration, and GDP growth against budget restrictions and political resistance. Teams will be evaluated on simulation scores, negotiation skills, and presentations made to regional site judges. A panel of prominent “super judges” will determine the global winner and award $5,000 USD in prize money.

“Simulation-based learning is an incredibly valuable tool, offering some of the most exciting, intense, and impactful learning on the planet for public affairs education,” said NASPAA Executive Director Laurel McFarland. “In the classroom, our graduate students have been trained to be problem solvers, team players, and analysts— these simulations enhance students’ abilities to tackle complex policy problems they may face in the real world. They'll be ready for the next influx of migrants—or for whatever crisis they might face in their public service career.”

This is the fifth year NASPAA has conducted the student competition and third year partnering with CLSG to produce the simulation. Thousands of students from NASPAA’s global network have participated in the competitions which each year examine a different multifaceted policy issue. For the 2018 NASPAA-Batten Student Simulation Competition, CLSG created a public health crisis simulation in which participants battled a dangerous pandemic. Following the competition, CLSG developed a classroom version, now available for free through their website. The simulation has since been used in university classrooms in Maryland, North Dakota, and Virginia to teach important concepts about public health policy as well as critical thinking skills.