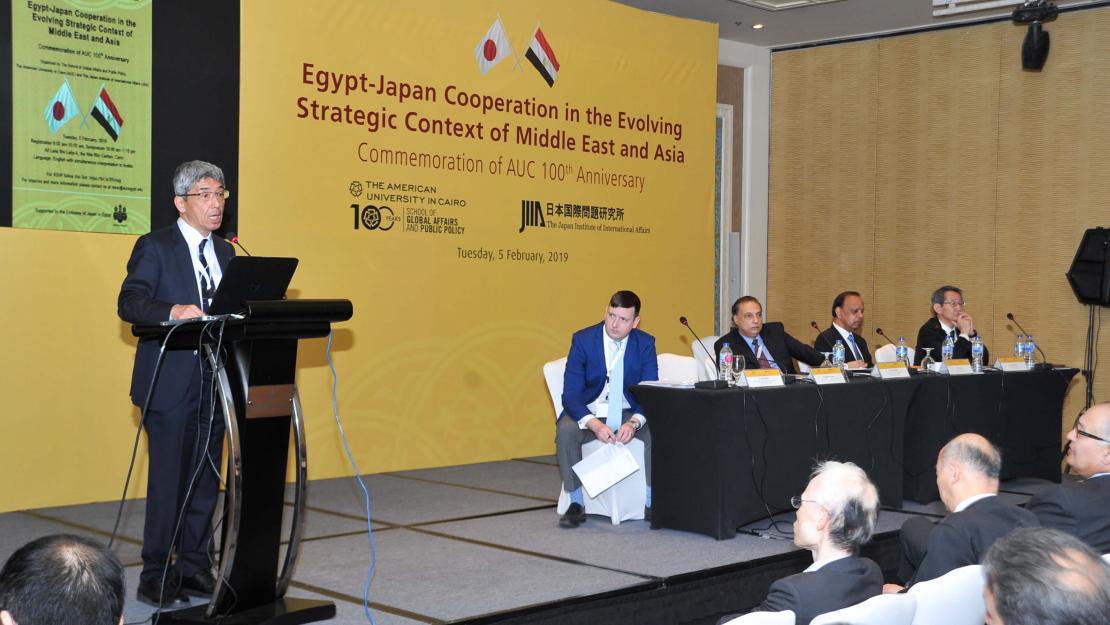 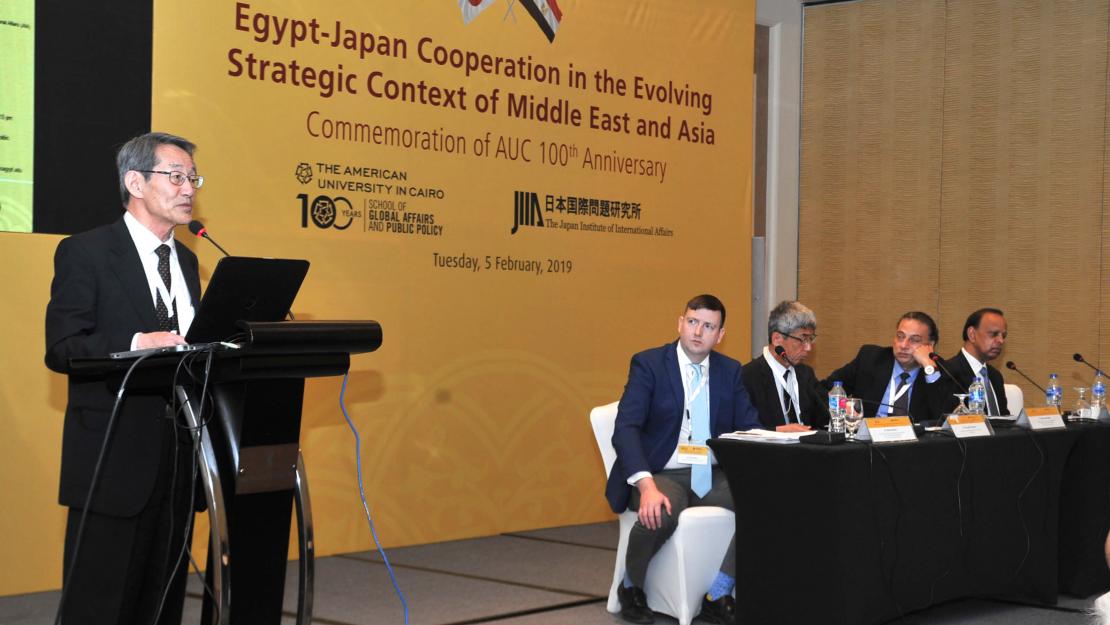 In the Opening, former minister Nabil Fahmy asserted in his remarks on shifting balance of global power and Asia’s continuously strong economy while witnessing Japan, China and Korea having different “stories” from one another. In his remarks, Amb. Noke pointed out the importance of the seminar at the beginning of 2019, an important year for Japan and Egypt, as Japan will host the G20 summit in June and TICAD7, Tokyo International Conference on African Development, in August, while Egypt, which will soon assume the presidency of the African Union, is expected to deliver the African voice at these conferences. Amb. Sasae made a key note speech on the regional situations of Asia Pacific and comparative analysis of influences of globalization in Asia, Europe and the US, and exchanged views with public audience on the floor.

The symposium was attended by a collection of academics and students in the field of political science and international relations and the members of diplomatic community, in addition to media and professionals.