And the Award goes to... Adham Center Students 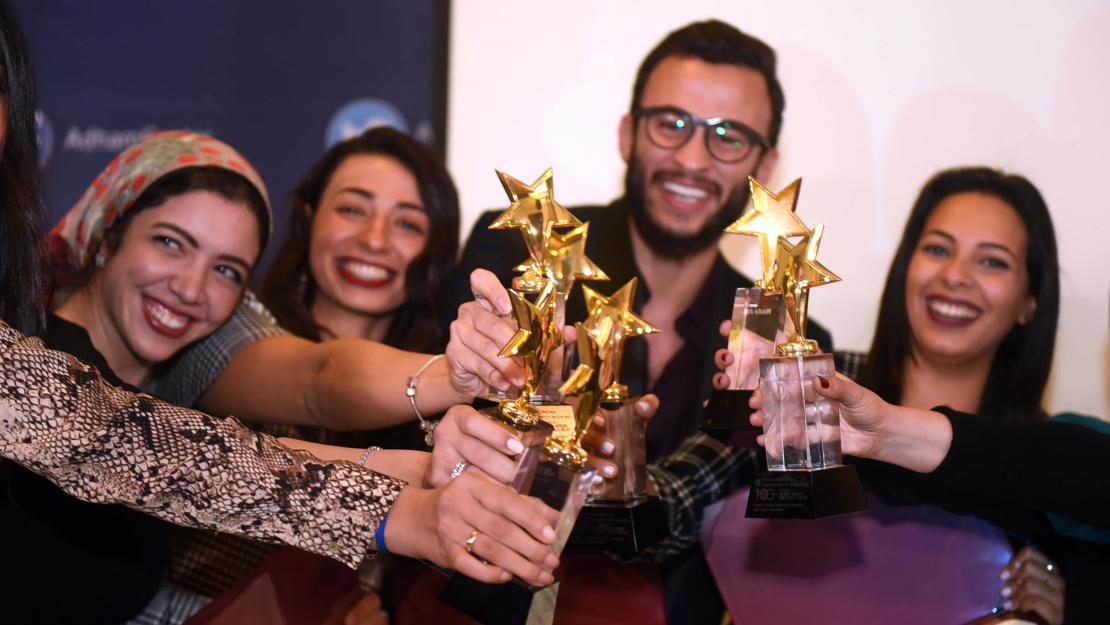 For the second year in a row, students of the Kamal Adham Center for Television and Digital Journalism won 3 awards at BEA’s international digital media and broadcast competition 'Festival of Media Arts'. The competition is the television industry's popular international faculty and student competition held as part of the Broadcast Education Association/National Association of Broadcasters every year in Las Vegas, Nevada.

Also, Aya Saleh current graduate student in the MA in Television and Digital Journalism, won an award of excellence in the Short Form Video or Film Documentary category for her story titled “Catherine Exists.” The graduates' documentaries were part of their capstone work for their MA in Television and Digital Journalism, under the supervision of Professor Hussein Amin.

The Broadcast Education Association (BEA) is the premier international academic media organization, driving insights, excellence in media production, and career advancement for educators, students, and professionals. The BEA Convention is one of the oldest and biggest conferences in the field of broadcast and new media, taking place every year in Las Vegas, Nevada, to bring professionals and academics in the field with more than 100,000 participants on average annually.  The students' submissions were among more than 1,500 total faculty and student submissions.

Winners will travel in April to attend this year's convention and receive their awards.