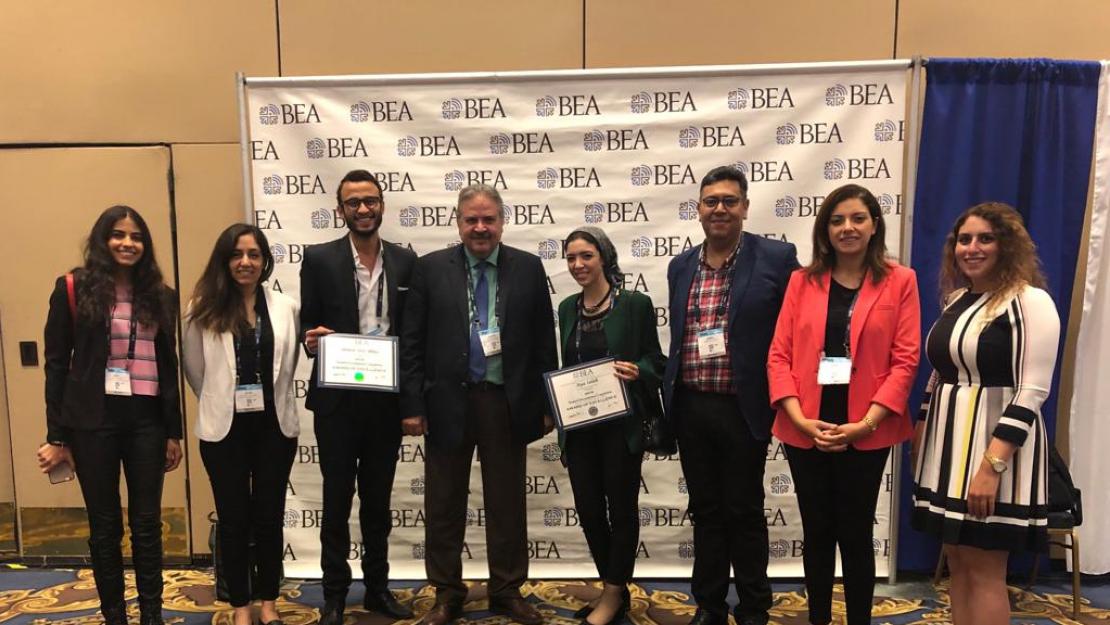 For the second time, the center participated in the Broadcast Education Association's Graduate Program Showcase with a recruitment booth for graduate students. The American University in Cairo was the only non-US based institution showcasing its graduate program in television and digital journalism to prospective applicants. It was also a great opportunity for collaborative discussions with schools offering similar programs.

Allam and El Ghetany also delivered a poster presentation for their paper titled “News Media Literacy in the Digital Age: A Measure of Need and Usefulness of a University Curriculum in Egypt.”

The Broadcast Education Association (BEA) is the premier international academic media organization driving insights, excellence in media production and career advancement for educators, students, and professionals. BEA’s annual convention produces over 250 sessions on media pedagogy, collaborative networking events, hands-on technology workshops, research, and creative scholarship and the Festival of Media Arts. It is co-located with the most prestigious and most popular NAB conference/show held annually in April in Las Vegas, Nevada.