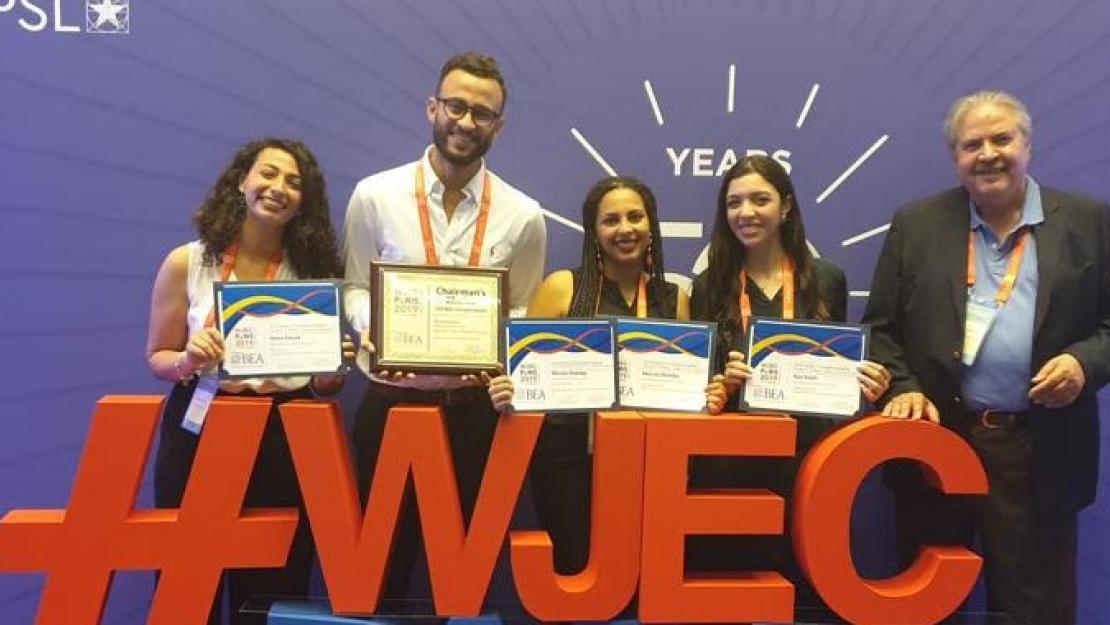 Graduate students of the Kamal Adham Center for Television and Digital Journalism, the American University in Cairo, have had a remarkable year of achievements with several master’s students won at international festivals and competitions.

Ahmed Atef and Aya Saleh also won Best of Competition Awards in the student documentary competition of the World Journalism Education Congress (WJEC) Festival held in Paris in July 2019, for their short documentaries titled “El Shayya” and “Catherine Exists.” Adham Center graduate students, Heba Saleh and Maram Shalaby, won two awards of excellence for their films “The Ferry” and “Breaking Walls” in the Student News Competition category. Shalaby also won another award of excellence in the Student Documentary Competition for her short film “On the Corniche.” They were selected among a total of 100 entries in the festival. The student wins were among 11% for best of competition and 49% for award of excellence.

Moreover, Zayed University Middle East Film Festival (ZUMEFF), held in Dubai in April 2019, presented Nada Atta with an “Honorable Mention – Documentary” award for her short film “The Coffee Shop.” The festival originally accepted 60 contestants from the Middle East, only 10 were awarded. In addition to the award, Atta received 2,000 AED as part of the award for her distinguished work.

To read more about the students' awards, click here.