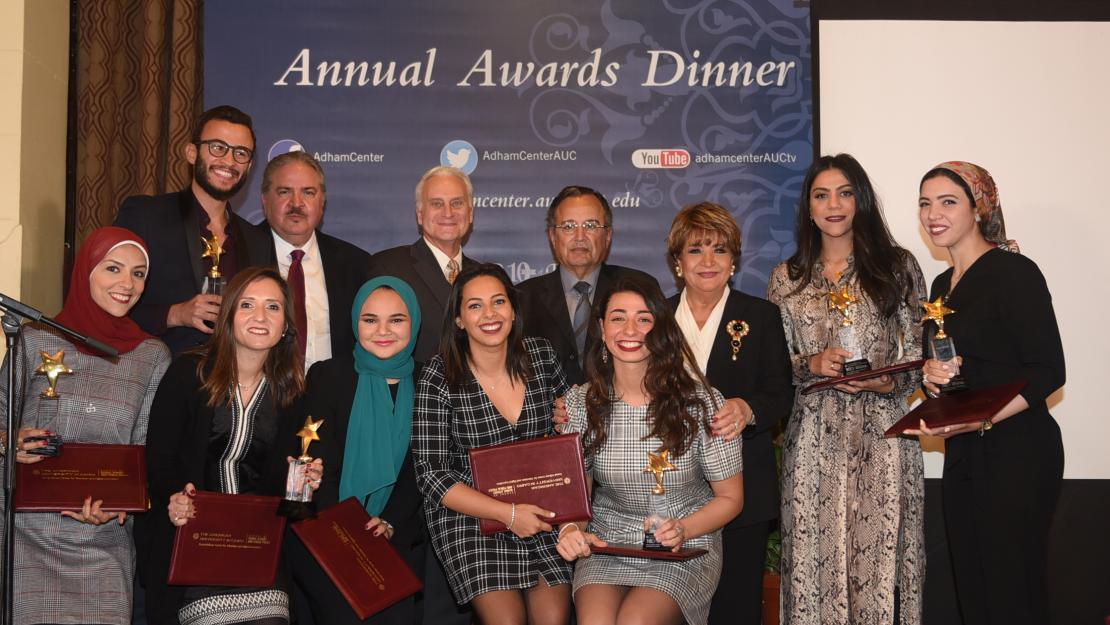 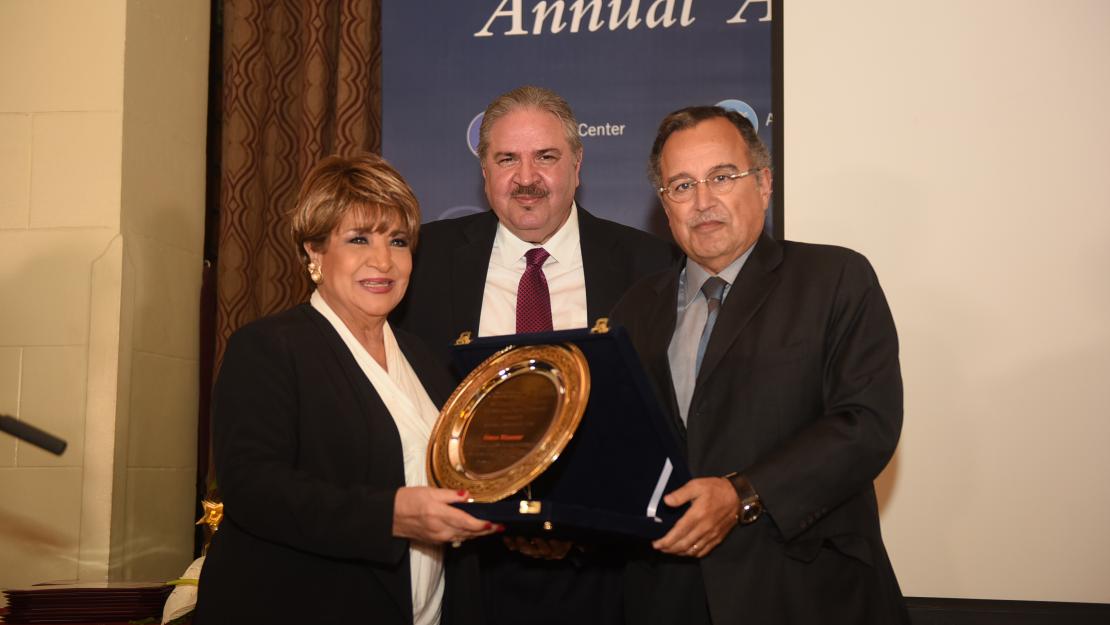 Director of the Center, Hussein Amin, welcomed the attendees and introduced AUC President Francis Ricciardone who delivered the keynote address congratulating the graduating class, their families and friends, and Mrs. Sanaa Mansour, the evening’s guest of honor. Ricciardone also acknowledged the Center’s graduate program recent achievement of receiving equivalency and recognition from the Egyptian Supreme Council of Universities, and also congratulated the Center on its newly launched online Digital Media Diploma, among its other successes since year.

Following the president’s opening speech, Dr. Amin recognized this year’s Lifetime Achievement awardee, veteran broadcaster Sanaa Mansour, for a myriad of achievements in the fields of television and radio journalism. Mansour addressed the graduating class with words of advice as they prepare to venture into the field of broadcast journalism after completing their studies at the Adham Center. She also spoke about the challenges she faced as a young hardworking presenter in difficult times until becoming an industry household name throughout more than five decades. Dean Nabil Fahmy of the School of Global Affairs and Public Policy presented Mansour with her award.

The graduating class then received their certificates and awards from Dean Fahmy and Dr. Amin. Segments of their capstone projects, consisting of video reports on various current affairs topics and on-campus stories, were screened for the esteemed guests, families, and friends. They then took a group photo with President Ricciardone, Dean Fahmy, Dr. Amin and Mrs. Mansour.