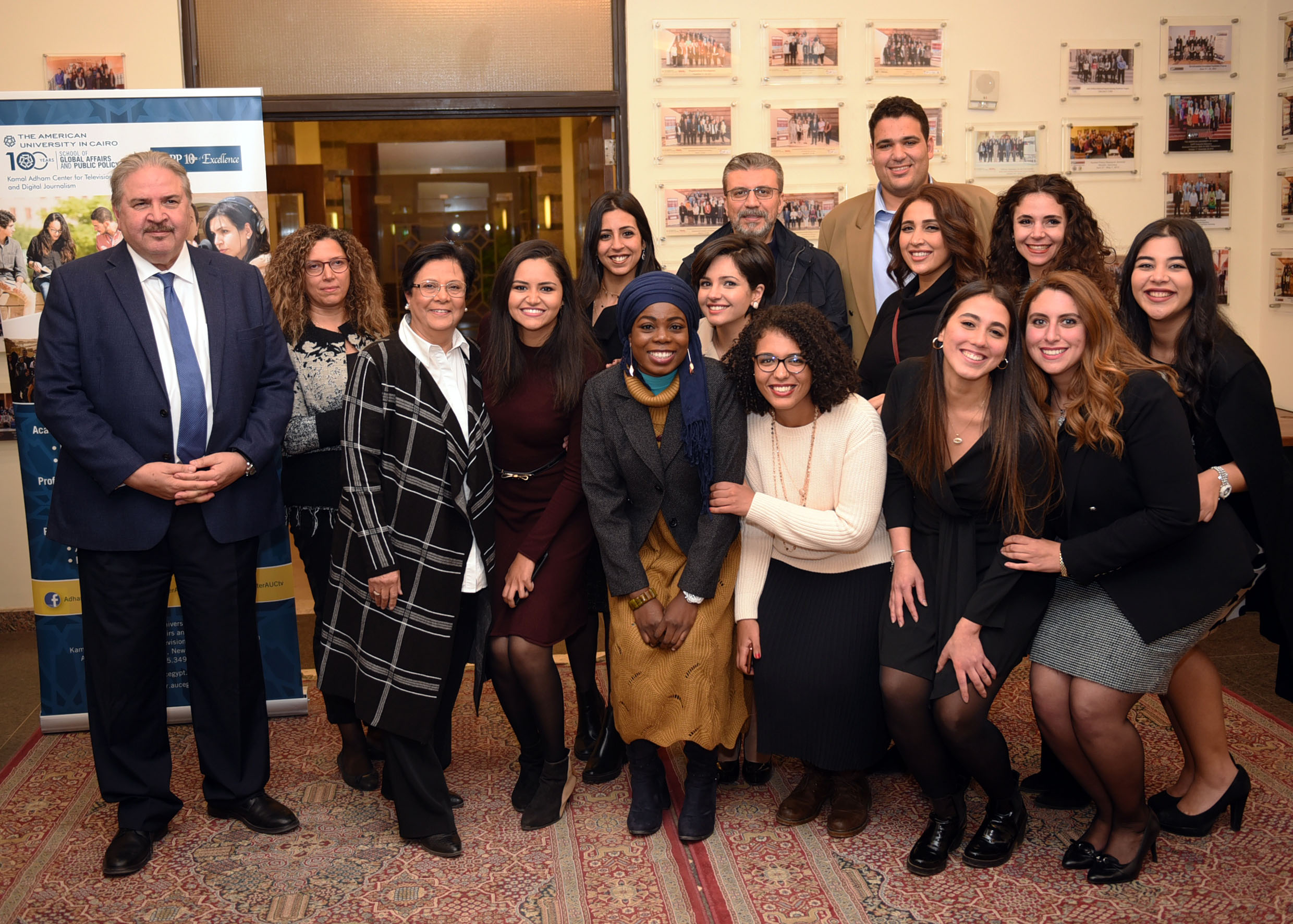 The Kamal Adham Center for Television and Digital Journalism organized a screening night for TVDJ 5246 capstone students to showcase their graduation projects in front of their families and friends, as well as in front of a jury comprised of: Dr. Amr Alleissy, television presenter and talk show host; Ms. Omaima Ibrahim, veteran media figure; and Prof. Lena El Ghadban, television reporter and presenter, and part-time instructor in television journalism at AUC. The screening event was well attended by students' family members and friends, as well as graduate students from different majors. The screening started off by opening remarks by Dr. Hussein Amin, Director of the Adham Center, and capstone course professor, followed by an introduction of the students' work and stories. The students produced stories from all over Egypt including Siwa, Minya, Aswan, Fayoum, Port Said, Dakhla Oasis, Luxor; and other stories that tackled exclusive topics such as Jewish Synagogues and history in Egypt, resulting in footage and interviews not produced before. Following the screening, Dr. Amin recognized the jury members for their contribution and insightful remarks.