War in Ukraine: Are Peace Negotiations on the Horizon? 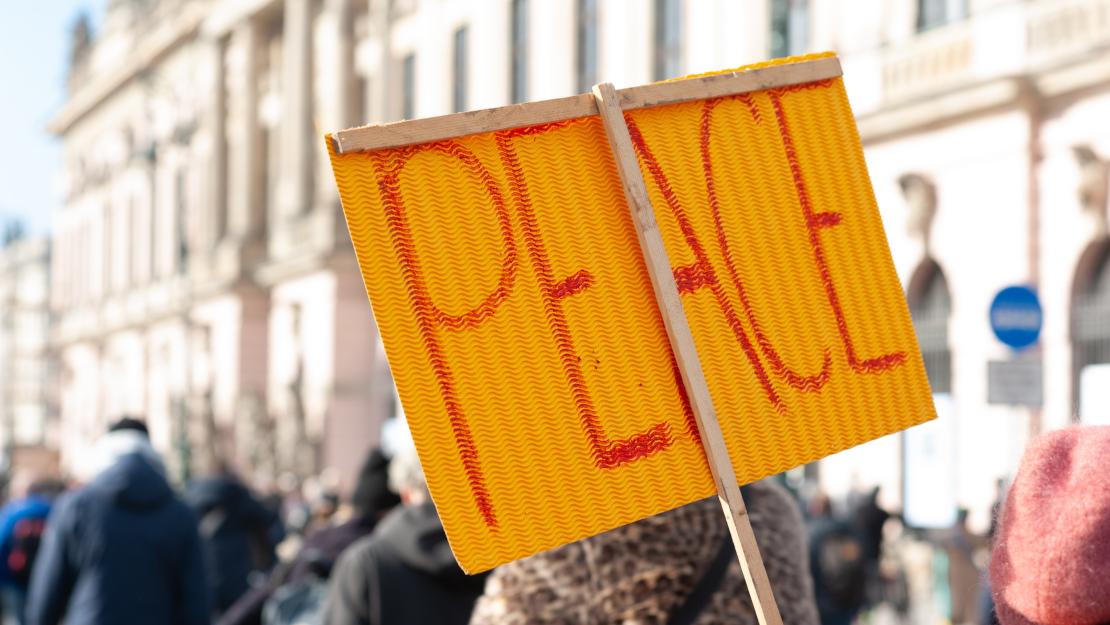 As the Russia-Ukraine war continues to decimate Ukrainian cities and the lives of people on both sides of the conflict, as well as the global economy, News@AUC spoke to Ibrahim Awad, professor of practice of global affairs and director of AUC’s Center for Migration and Refugee Studies, about the latest developments, recent calls for negotiations and ultimately, the way forward.

It’s been nearly a year since Russia invaded Ukraine. How have global attitudes changed since the start of the war?

Globally, attitudes toward the war have not changed in any significant way. You’ll find that the United States, European Union member states and states within NATO all support Ukraine as they have since the invasion of Ukrainian territory by Russia.

In the Global South, you’ll find more complexity in attitudes toward the invasion. The majority of states reject the invasion because it is flagrantly against international law and because this part of the world has witnessed multiple attacks and annexations throughout history. They believe that their silence can open the door for them becoming the victims of invasion or annexation tomorrow. At the same time, some of these countries are unable to completely align themselves with NATO. This is due to the fact that they have interests with both parties.

What other factors determine attitudes toward the war?

What has been the most significant change in U.S. rhetoric toward the war?

What has changed in the past few weeks are references from U.S. President Joe Biden to possible talks with Russia. This, of course, will open possibilities for reaching a settlement. A settlement of sorts is important to avoid extending further detriment to the Ukrainians, first and foremost, and also to the rest of the world, which has been affected by disruptions in international production and trade.

There are a few possibilities, the first being global inflation and the subsequent increase in costs of living putting pressure on world leaders to push for a settlement. This is made more urgent by the rise of populist movements in Western countries. An increase in living costs could result in more popularity for the movements, which reject ideas of the liberal party systems in Europe and whose victory could lead to tremendous repercussions — something leaders are likely taking into account. Change is possible when those in power in the world’s largest countries realize that their attitudes may result in detrimental or dangerous consequences.

How has Egypt been affected by the ongoing war?

Egypt is the largest importer of wheat; 80 percent of the country’s supply comes from Russia and Ukraine. Therefore, at the onset of the war, the price of wheat and other products, such as fertilizer, increased tremendously. They have since fallen.

There is also the impact in terms of tourism, which is very vital to Egypt’s economy. With Russia and Ukraine both as large sources of tourism for Egypt, the lack of tourists has negatively impacted the economy.

Finally, the ongoing war has directly impacted inflation in the global economy, which has further damaged the country, as well as others. There are indeed other factors that have contributed to the situation Egypt is in today, but the war in Ukraine certainly hasn’t helped.

Does this have the potential to turn into a world war?

No one is interested in starting a world war, and Russia is taking good care to not provoke a reaction under NATO’s Article 5. This is evident when you look at the military support from the United States to Ukraine. Generous as it may be, not all weapons are allowed to enter the country in order to avoid open hostility. I don’t think there is currently a possibility of NATO countries mobilizing against Russia. However, if you ask me six months from now, perhaps things will have changed. But hopefully by then, there would have been talks and the hostility would have come to an end.

Will negotiations happen? What is the way forward?

Can Ukraine prevail? I don’t think so. Russia is not using all of its military might, and provoking it to do so is in no one’s interest. Can Russia prevail over Ukraine? As long as it continues to stay within the limits of the military force it has thus employed, it cannot.

Therefore, it's not a matter of whether negotiations will happen or not. The question is when will they happen. I don’t know if there is any other solution.

We may also wonder whether Russia, with its latest military action in Ukraine, is putting pressure in order to have Ukraine join negotiations. It is difficult to say for certain, but I don’t believe Ukraine will make a decision alone on whether to sit at the table for negotiations.

Overall, negotiations will not be easy — especially after Russia annexed four areas of Ukraine, which is unacceptable. I do believe, however, that there can be a way to overcome this conflict and find an avenue of coexistence between Russia and Ukraine.