Qatar on the Global Stage: Faculty Insight into the FIFA World Cup 2022 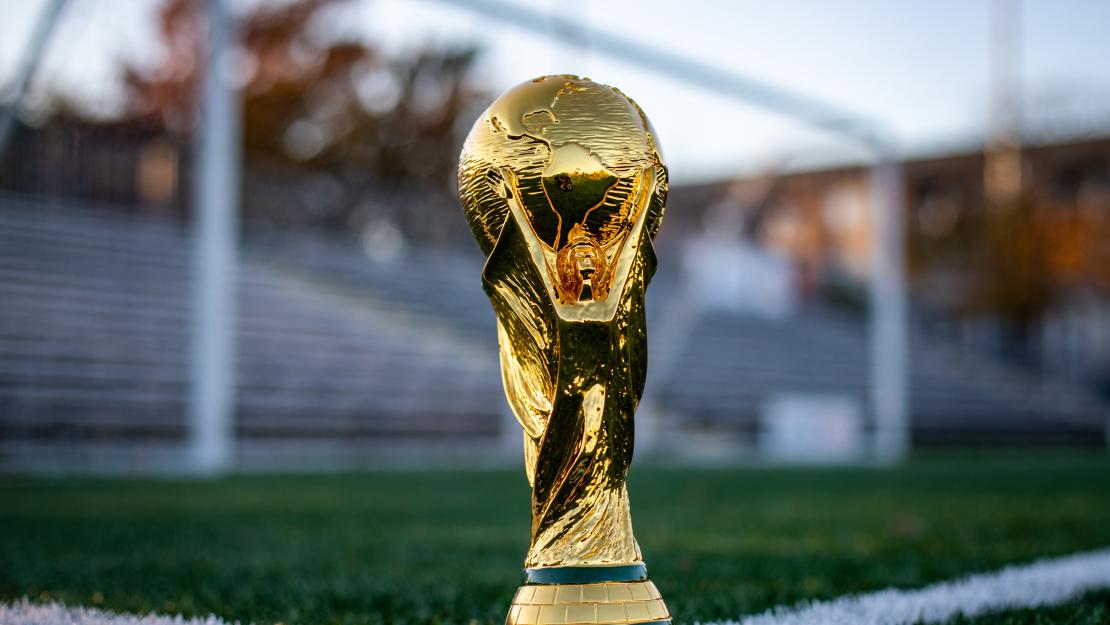 Qatar is the first Arab country to host the FIFA World Cup, thrusting it into the global spotlight. Hosting has given Qatar the opportunity to grow its influence in the region and build a reputation internationally, but it has also brought criticism and controversy.

We spoke with Khaled Ezzelarab, associate professor of practice in the Department of Journalism and Mass Communication, to understand the significance of Qatar hosting the World Cup and the impact it’s had on the region.

What does it mean for Egypt and other countries in the region that the World Cup is being hosted in MENA for the first time?

Generally, there is a feeling of excitement that such a big event that is so closely followed by millions is being held for the first time in an Arab country. And politics aside, the World Cup is obviously about football, so the fact that three of the Arab teams that are playing in the World Cup have performed well has also contributed to this excitement.

What impact has Qatar hosting this World Cup had on the region so far?

I think it has contributed to the reconciliation between Qatar and Egypt, Saudi Arabia, the UAE and Bahrain, who have been boycotting Qatar since 2017. Last year, a reconciliation effort started to yield results, but the pace of this improvement has increased significantly over the last few months. And I think this is partially because Qatar was eager to have these issues resolved before the World Cup.

Economically, there has also been a significant impact, especially for the UAE – Dubai is hosting around 1 million additional visitors this month because Qatar is a small country with limited accommodations. And there are other ways the World Cup has affected the region. For instance, you have Saudi Arabia now floating the idea of presenting a joint bid with Egypt and Greece to host the 2030 World Cup.

Qatar has made internal reforms in the 12 years leading up to this event, such as abolishing the “kafala” system. Do you think such reforms will stick once international attention shifts away?

In terms of migrant workers, I think it will be difficult to undo these reforms. According to the International Labour Organization, there have been significant improvements, yet there are still many challenges in this area. But once you’ve done reforms, a significant segment of society has been affected by them. It would be difficult to take that away. And Qatar’s policy since at least 1995 has been to punch above its weight, and part of that is to maintain a good image globally. It would tarnish Qatar’s image significantly if it was to go back on these reforms.

Many in the region feel that some of the criticisms and controversies in the media surrounding the World Cup have been unfair. Could you tell us more?

Social issues, such as the lack of availability of alcohol at the World Cup, touch a nerve in the region. There is always some coverage of political issues, internal politics, and social issues in host countries – we would expect that from any event on this scale. But my impression – and I can’t speak with absolute confidence until it is qualitatively assessed – is that there is an over-emphasis in Western media on these issues and that it is more than the norm. So, I think there is a feeling that it isn’t fair that the media is focusing so much on these problems.

How do you think the World Cup being hosted in Qatar will affect international perception of the Arab world?

If my impression is correct that negative coverage of the event is significantly higher than usual, then I think that international perceptions will be inadvertently affected. I wonder if Qatar has come to regret hosting the World Cup because of that. Earlier, I said there might be a bid by Saudi, Egypt, and Greece to host the 2030 World Cup, and I also wonder whether the international coverage of this World Cup will make them take pause.

Between the World Cup and COP27 last month, there seems to be a trend of more international events being hosted in the region. Do you think this trend will last?

I don’t know the answer, honestly. There are obvious benefits in playing host to some of these international events, but there is also this downside. The balance of power globally is changing, and countries outside of Europe and the US are becoming more assertive in the role they would like to play on the international stage. But it’s difficult to see where the cost-benefit analysis plays out at the end. Saudi Arabia has been hosting events that are not on the scale of the World Cup, but smaller-scale events such as golf tournaments and wrestling. Other countries in the region could host more of these types of events – an arrangement that minimizes the risk of negative coverage.