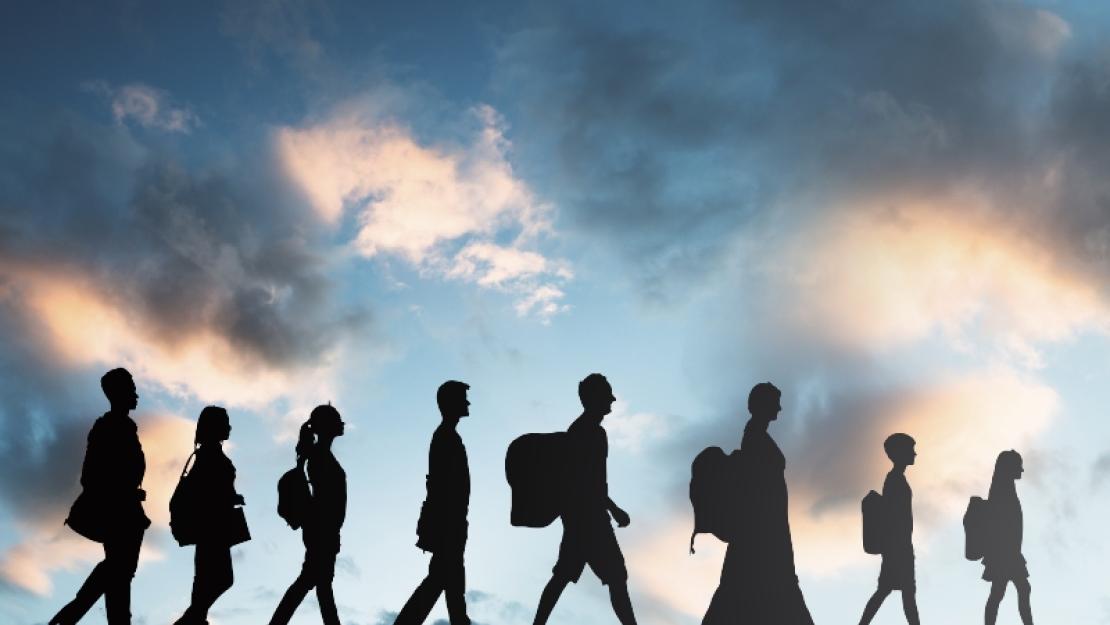 AUC’s Center for Migration and Refugee Studies (CMRS) launched the Egyptian Migration Hub (EHUB) this spring. A joint initiative between CMRS and the European Union,  the hub will be a platform for discussing, centralizing data, and furthering policy on migration, as well as addressing certain gaps in the literature, research and discussions on migration in Egypt.

Egypt’s strategic position connecting the Middle East to the continent of Africa acts as a crossroads for migration patterns, and also thereby serves as a transit country for migration. Many Egyptian immigrants are working in Jordan, Saudi Arabia and other Gulf countries.

Egypt is also home to many refugees and asylum seekers from Syria, Iraq, Yemen, Sudan, South Sudan and Ethiopia. According to the United Nations Refugee Agency, there were over 263,000 refugees in Egypt in 2021. The overwhelmingly largest country of origin for Egypt’s refugees are Syrian, accounting for over half of the total registered refugee population.

“EHUB is an open, inclusive, multidisciplinary partnership that draws on government donors, experts, practitioners and civil society to create and synthesize knowledge for the use by policymakers,” said Ambassador Christian Berger, head of the European Union Delegation to Egypt, at the hub’s launch event.

According to Ibrahim Awad, professor of practice and director of CMRS, “The ultimate goal of EHUB is to initiate and implement better policies for Egyptian migrants abroad, and for migrants, refugees and asylum seekers in Egypt.”

As one of the first few academic institutions on migration and refugee studies in the MENA region, CMRS “is the only academic institution in Egypt that offers post-graduate degrees in migration and refugee studies, in addition to carrying out research, training and outreach activities in the field,” said Maysa Ayoub, associate director of CMRS. The hub will contribute to the research on push and pull factors of migration patterns – “push” being the factors that cause emigration, and “pull” referring to the aspects of a location attracting migrants – greatly benefitting the policy-making process.

Discussing the implementation and initiation of effective policies for Egyptian migrants abroad as well as migrants, refugees and asylum seekers within Egypt are a few of the major focus points within the field. As such, some of the challenges the hub seeks to address include the evolving demand for migrant labor in Arab countries and in Europe, expanding channels for regular labor migration in order to curb irregular migration, enhancing the protection of Egyptian migrants, and preventing and dealing with the smuggling of migrants and human trafficking.

At home, the hub also seeks to assist in meeting the demands of the Egyptian labor market by developing the capacities and skills of workers. This in turn will aid in the protection of refugees and asylum seekers in Egypt, easing their immersion into the country’s labor market and ultimately guiding them towards a self-sustaining lifestyle.

The media training, on the other hand, will bring together journalists and other media professionals to discuss topics such as the migration narrative and the prevention of xenophobia through media narratives.

By gathering all relevant stakeholders regarding migration in the context of Egypt together, the hub will effectively contribute to research on migration and refugees and facilitate discussions to serve policymakers, Ayoub explained.