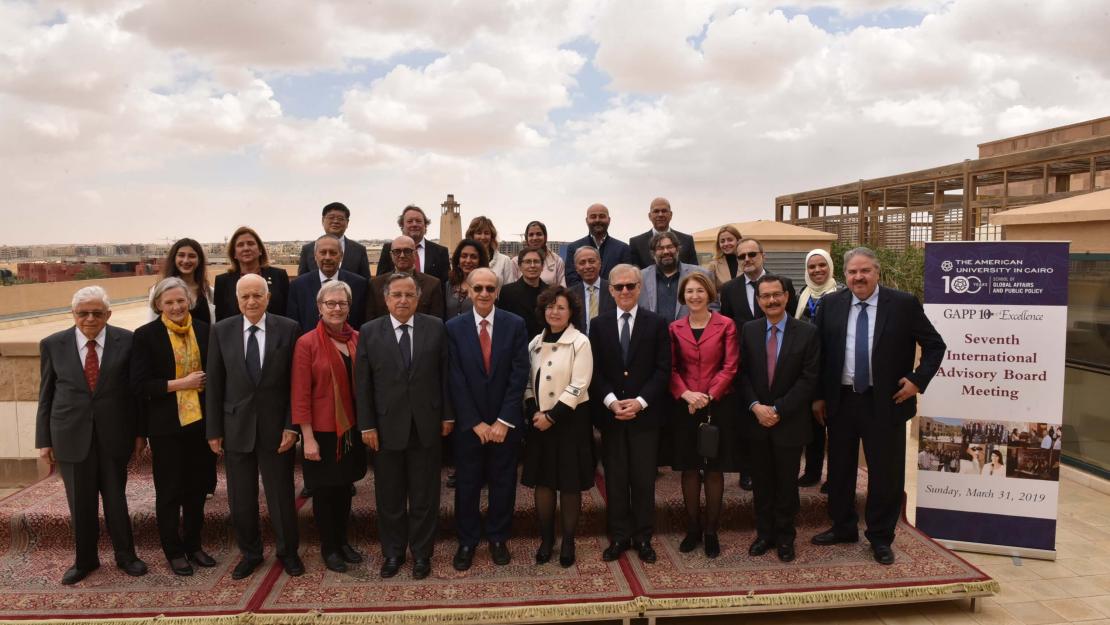 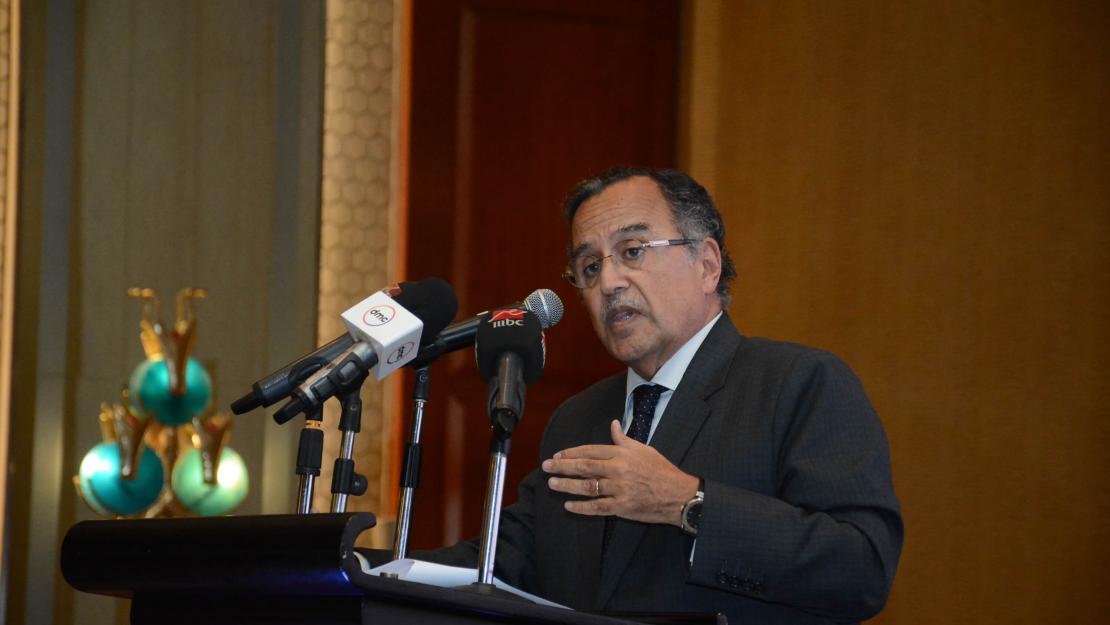 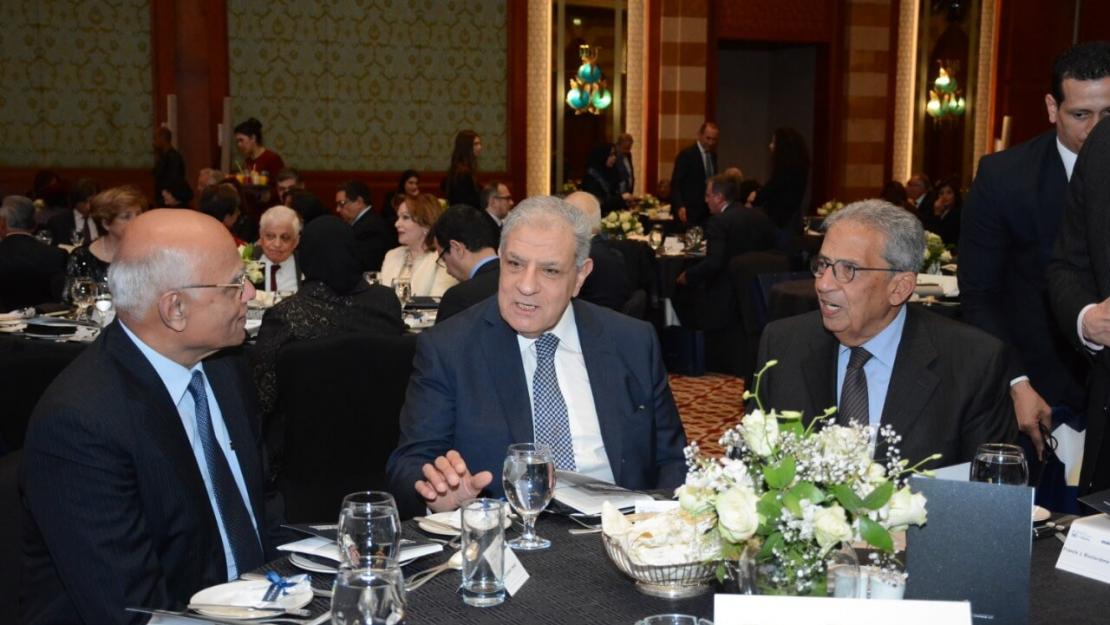 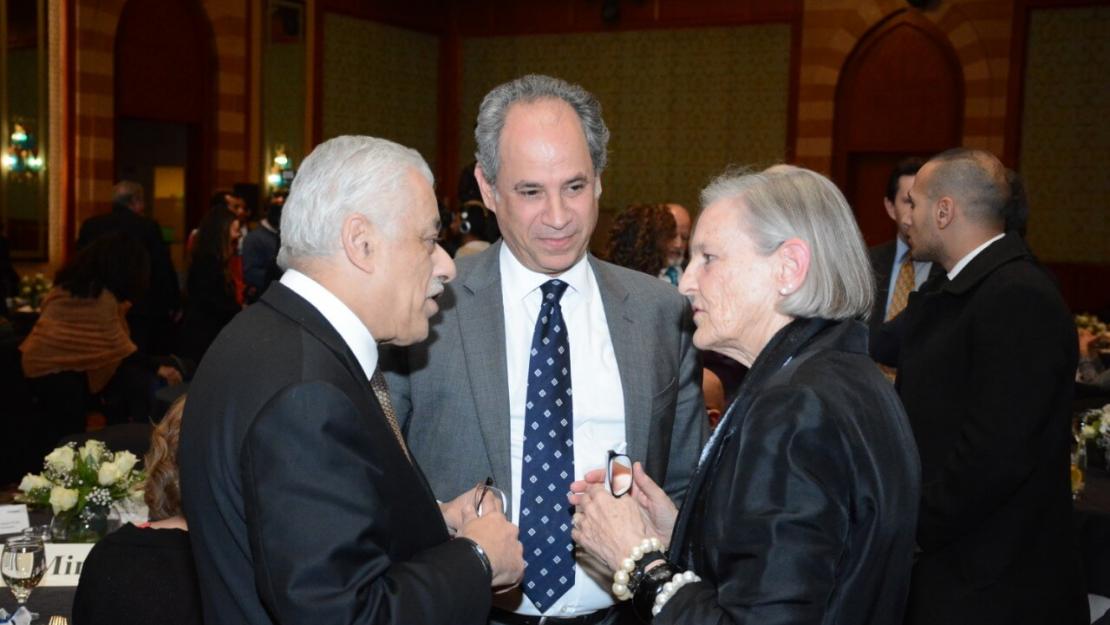 On Sunday, March 31, 2019, the School of Global Affairs and Public Policy (GAPP) celebrated its 10th anniversary. AUC President Francis Ricciardone, members of the Cabinet and a number of very prominent Egyptian and international public figures in the media and politics were among the attendees in addition to the GAPP community of faculty and staff, and a number of foreign academics and practitioners who flew from different parts of the globe to attend the celebration.

President Ricciardone gave welcoming words at the beginning of the event commending the achievements of the school and how it naturally fits in the vision of AUC as a global university.

Nabil Fahmy, dean of the School of Global Affairs and Public Policy, began the event by first calling on the audience to applaud GAPP alumni, staff and faculty attributing the school success to them. He highlighted the achievements of the school explaining that for ten years, it has embraced a number of fundamental goals, concepts and principles towards “Enlightened Governance” explaining that it is teaching and training students the skill sets focused on how to help achieve this goal. For GAPP, enlightened governance meant serving the public with integrity, a strong commitment to the rule of law, ethics and inclusiveness.

The Distinguished Staff Award went to Maysa Ayoub, for her work at the Centre for Migration and Refugee Studies.

Laila El Baradei, associate dean for graduate studies and research, and professor of public administration at the public policy and administration department, who has played a key role in the school’s initiation with Fahmy, was recognized and received the Distinguished Faculty Achievement Award.

For the first time, GAPP offered the Distinguished Public Service Award, which recognizes distinguished individuals who have been selfless in defending or keeping the public interests high on their priorities. The awardee was Georges Abi-Saab, who has dedicated his career to the public good of Egypt and beyond.

GAPP faculty and staff surprised Fahmy with a gift presented by Provost Ehab Abdel Rahman that symbolized their appreciation for his understanding leadership of the school.

The event concluded with a distinguished panel of professionals and academicians discussing “Where is the World Going?”. The panel was moderated by David Ignatius, associate editor and prize-winning columnist for the Washington Post, and included speakers from different parts of the world, Kishore Mahbubani, senior advisor and professor in the Practice of Public Policy, National University of Singapore; Shivshankar Menon, Visiting Professor at Ashoka University, India; George Njenga, executive dean of Strathmore University, Business School; Anne-Marie Slaughter, president and CEO of New America (think tank); and Ziad Bahaa El Din, founder and managing partner of Thebes Consultancy, Egypt. They all emphasized that change was imminent and that collective cooperation imperative.