CASAR’s mission is to further mutual understanding between the Middle East and North Africa (MENA) and the United States by producing academic research on MENA-U.S. cultural and political interactions, and by promoting superior education on MENA-U.S. relations for AUC students. CASAR facilitates dialogue on issues involving Egypt, the MENA region, the United States and the world.

After the 2011 Arab uprisings, the MENA region remains in need of human and economic development. Due to the central political and economic role the United States plays in the MENA region, a more sophisticated understanding of American history and culture remains essential to international engagement in both the private and public sectors. The contribution of scholars working in the MENA region to the detailed and judicious study of the United States will be essential to this engagement. Knowledge of American cultural motifs and historical themes may afford students additional venues and methods for a variety of future careers. Mastery of issues related to American culture and history is valuable to students studying in a range of fields, including history, arts, finance, marketing, economics, English, journalism, sociology and anthropology.

It is our belief that American studies can also assist students who aspire to work in the international private sector since familiarity with American history and workplace culture is highly valued by employers.

At CASAR we offer an American Studies Minor only apart from a selection of undergrad courses as part of the core curriculum offerings. 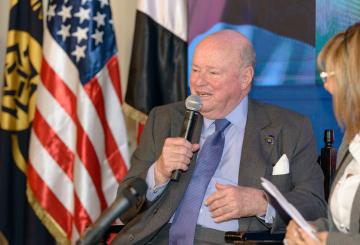