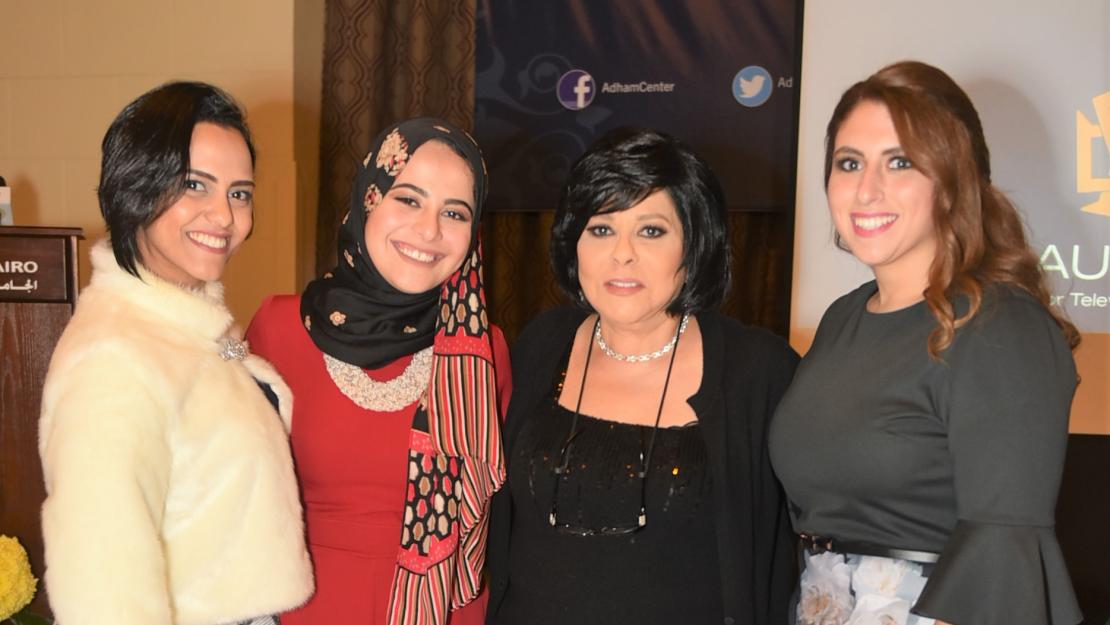 Cairo, February 4, 2018 – The Kamal Adham Center for Television and Digital Journalism in the School of Global Affairs and Public Policy at The American University in Cairo (AUC) hosted its annual awards dinner to celebrate the 26th graduating class of the master’s in television and digital journalism program. Director of the center, Hussein Amin, delivered the keynote address welcoming attendees, the graduating class, and their families and friends. Tarek Shawki, Egyptian minister of education also delivered a speech o the importance of media in society.

Amin also recognized this year’s guest of honor, veteran broadcaster Isaad Younis, for a lifetime of achievement in the fields of media, film and broadcast journalism. Younis addressed the graduating class with words of advice as they prepare to venture into the field of broadcast journalism after completing their studies at the Kamal Adham Center. She also talked about the importance of media platforms in encouraging local industries to compete with their foreign counterparts, especially in times of economic hardship.

The graduating class then received their certificates and awards from Shawki and Amin. Their capstone projects, consisting of video reports on various current affairs topics, were screened for the esteemed guests, families, and friends.