Our graduates are working as news anchors, correspondents, reporters, editors, directors, producers, writers, and camera operators with some of the most prestigious news organizations around the world. The general consensus among broadcast officials is that the graduates of the journalism and mass communication program at AUC are by far the most qualified in the region. They blend outstanding professional skills with fluency in English and Arabic and a deep understanding of the issues facing both the East and West.

Our graduates have worked at leading news organizations in the West such as CNN, the New York Times, New York 1, the International Herald Tribune, NBC, and Reuters. They have also helped to build the region’s growing transnational media organizations, such as Al Jazeera, MBC, Dubai’s Al Arabiya, Radio Sawa, NileTV, MSNBC in Arabic, and CNN Arabia. They have helped develop some of the most influential newspapers in the region, such as AlSharq Al Awsat, The Middle East Times, Al Ahram and Al Ahram Weekly, and Alam Al Youm, the region’s first business daily. In addition, our graduates have been invited to provide insight into regional events on popular international programming such as PBS’ Frontline, ABC’s Nightline, BBC’s Newsnight, MSNBC, and Fox News Channel.

Alums include CNN’s White House correspondent Suzanne Malveaux, Al-Jazeera’s award-winning investigative correspondent and London bureau chief Yousri Foda, commentator and analyst Mona Al-Tahawy, senior producer and anchorman for CNBC Arabia Sami Zeidan, managing editor of Alam Al-Youm Lamees El Hadidy, and many more. Our program has also produced a new generation of media and communications researchers and academic professionals at universities in the US and throughout the region. 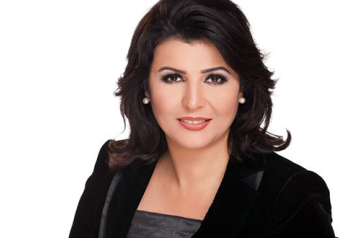 Mona has a Bachelor of Arts in journalism and mass communication. She hosts her own program, Ma3kom Mona El Shazly, on the famous Egyptian TV channel, CBC. She was a former TV Presenter, "El Ashera Masaan" Program, Dream TV and Gomla Mofeeda Program, MBC Masr and MBC TV. 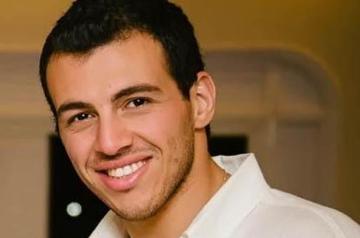 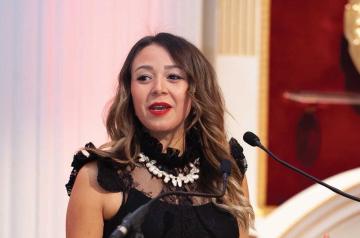 Farida graduated from AUC in 2012 with a BA in mass communication as the highest GPA on the honors roll. Temraza is also the Founder and Designer-in-Chief of the International brand Temraza. She has been selected as Director and Ambassador of the Council of International Fashion Designers in The US as the North African.